Following another fantastic year at Docedge Kolkata, we are delighted to announce that the 2021 winners of our Whicker Docedge Bursary Award are Kanishka Sonthalia and Siddesh Shetty for their project Outsider.

The film follows Veeru, a charismatic little boy born in a remote Himalayan village in Northern India to Nepalese refugees. Although Veeru has known nothing other than the Indian village where he grew up, he is still considered an outsider by those around him. As he transitions from childhood to teenage-hood, his poetic journey of perseverance echoes issues that span across ages and communities.

Upon hearing the news, Kanishka and Siddesh said: “We are extremely overwhelmed to win the Whickers Docedge Bursary Award. This support means a lot to us as new filmmakers as it provides trust and strength to our project. It also means that this will help us kick start our next leg of the shoot as Veeru reaches a crucial time in his life – as he transitions into teenage-hood and begins to understand and comes to terms with his mixed identity. It is a huge turning point in his life as well as the film where we will see him build strength to face society on his terms.”

Our Consultant Editor, Jane Mote said: “The Whicker Docedge Kolkata Bursary for £3,000 was established three years ago to help support and nurture first time Directors from the region. I have been overwhelmed by the quality and range of suitable projects this year and must congratulate  Docedge Kolkata for their selections and for providing this vital platform to develop and showcase such talent. It has been very hard to just choose one project but our winning project awards a duo of Directors who have spent two and half years developing a relationship with a young boy, Veeru, who has won our hearts.”

We also wish to extend our congratulations to the other award winners at this year’s Docedge Kolkata: 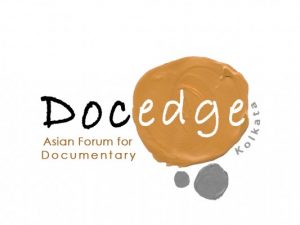