We are very happy to announce this year’s finalists for The Whickers Film & TV Funding Award who were selected to pitch for a chance of winning £80,000 to produce their first feature length documentary film at Sheffield Doc/Fest Online 2020. Click on the images below for further details on the five outstanding projects. 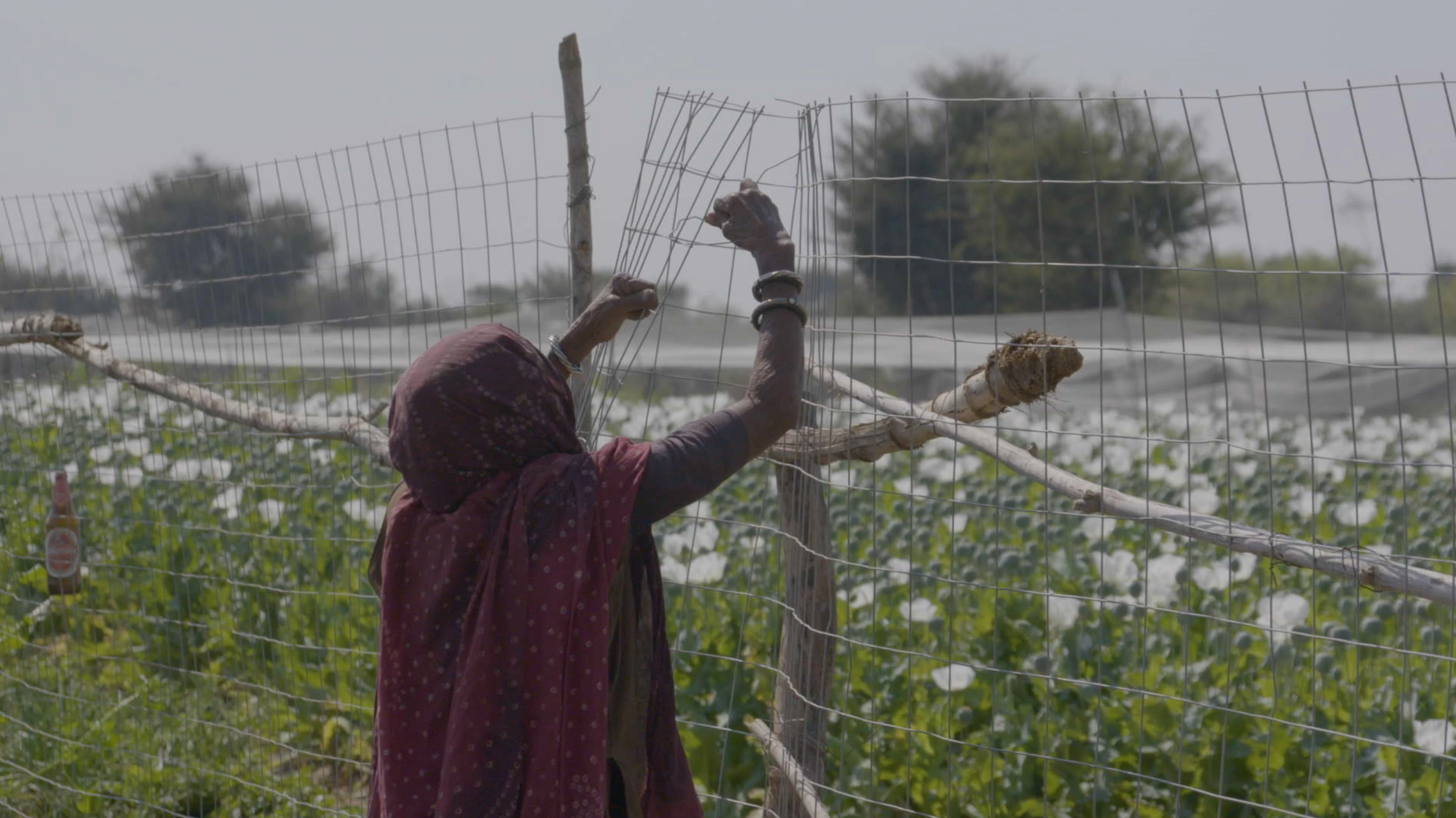 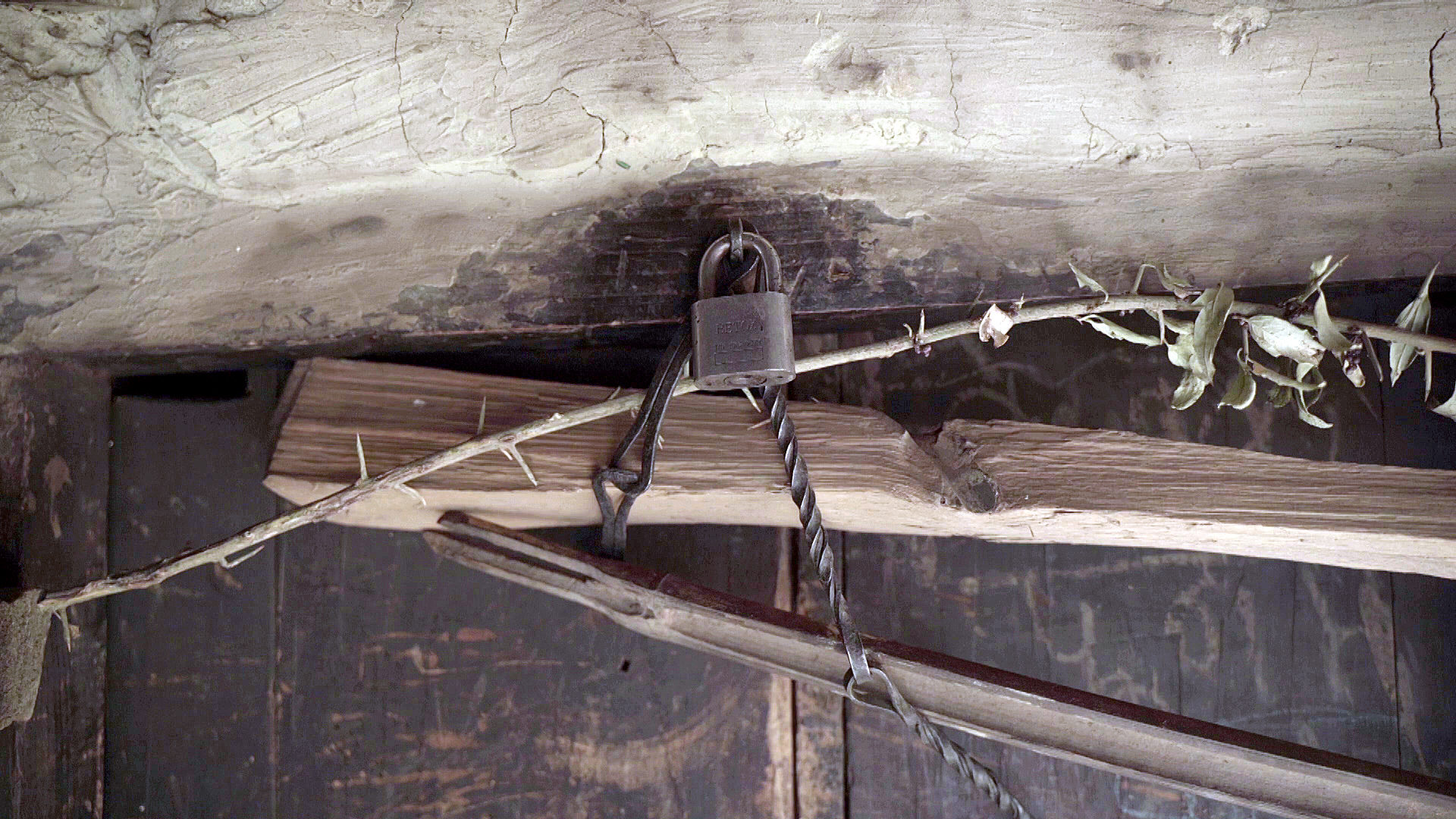 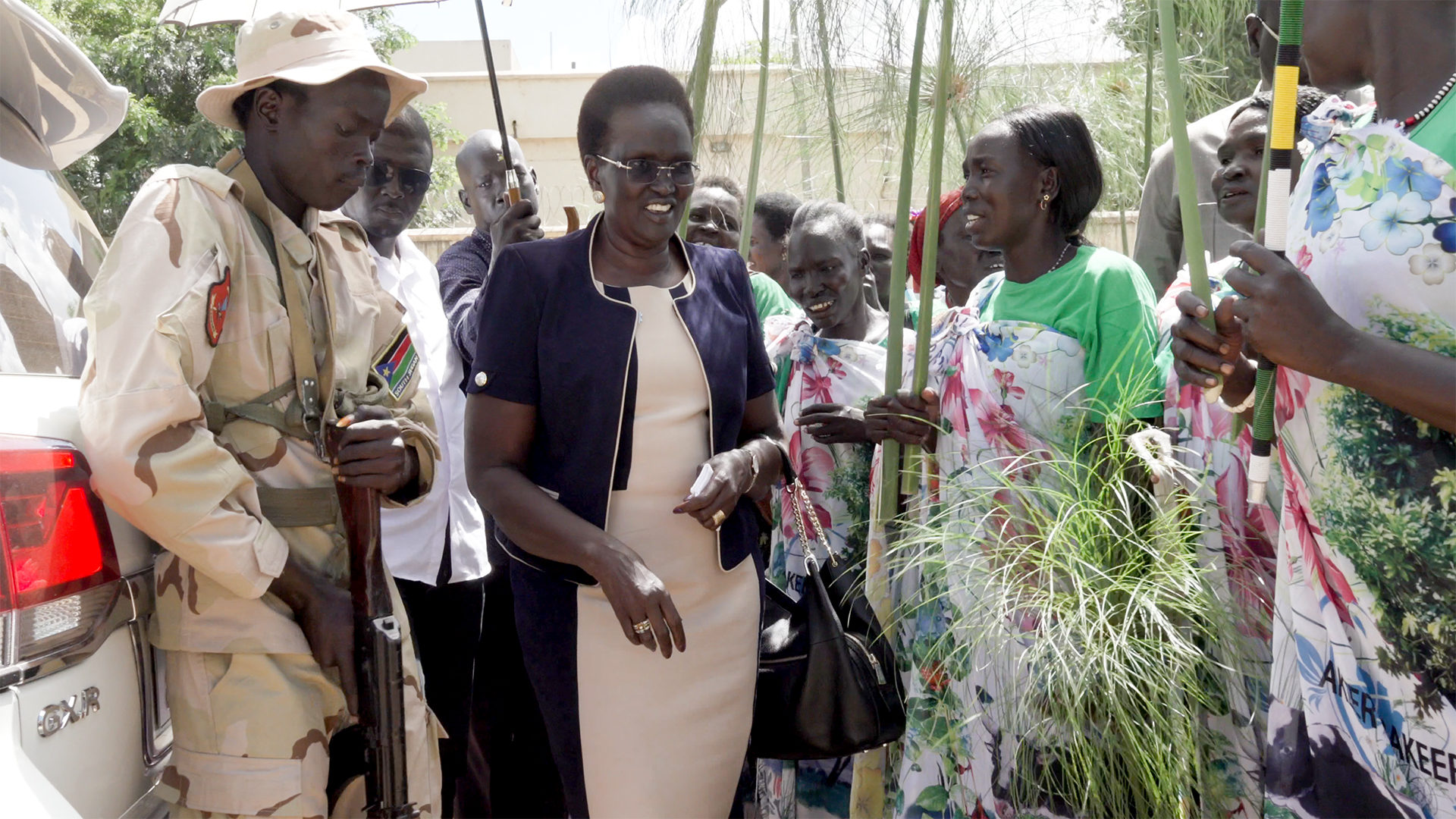 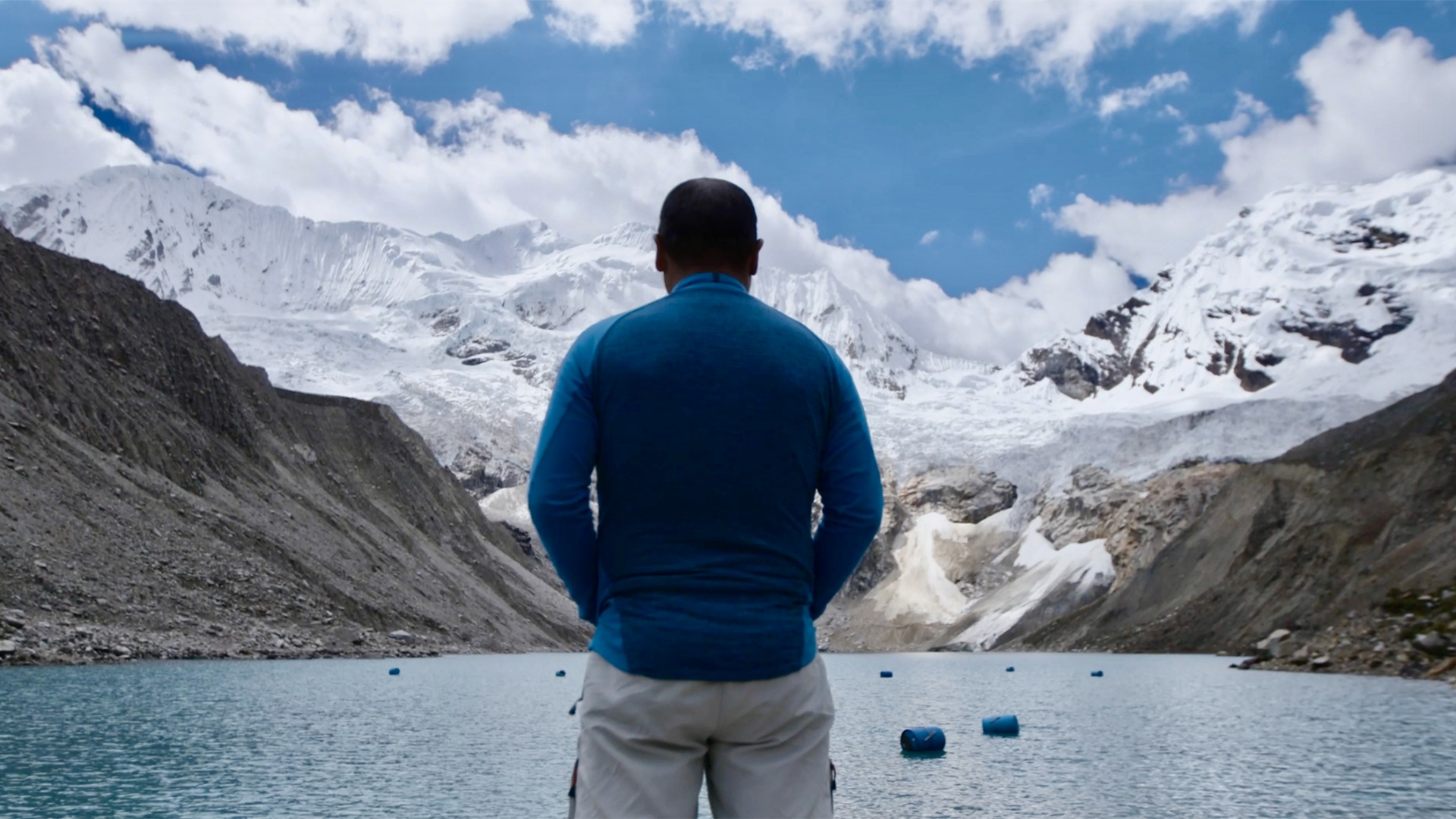 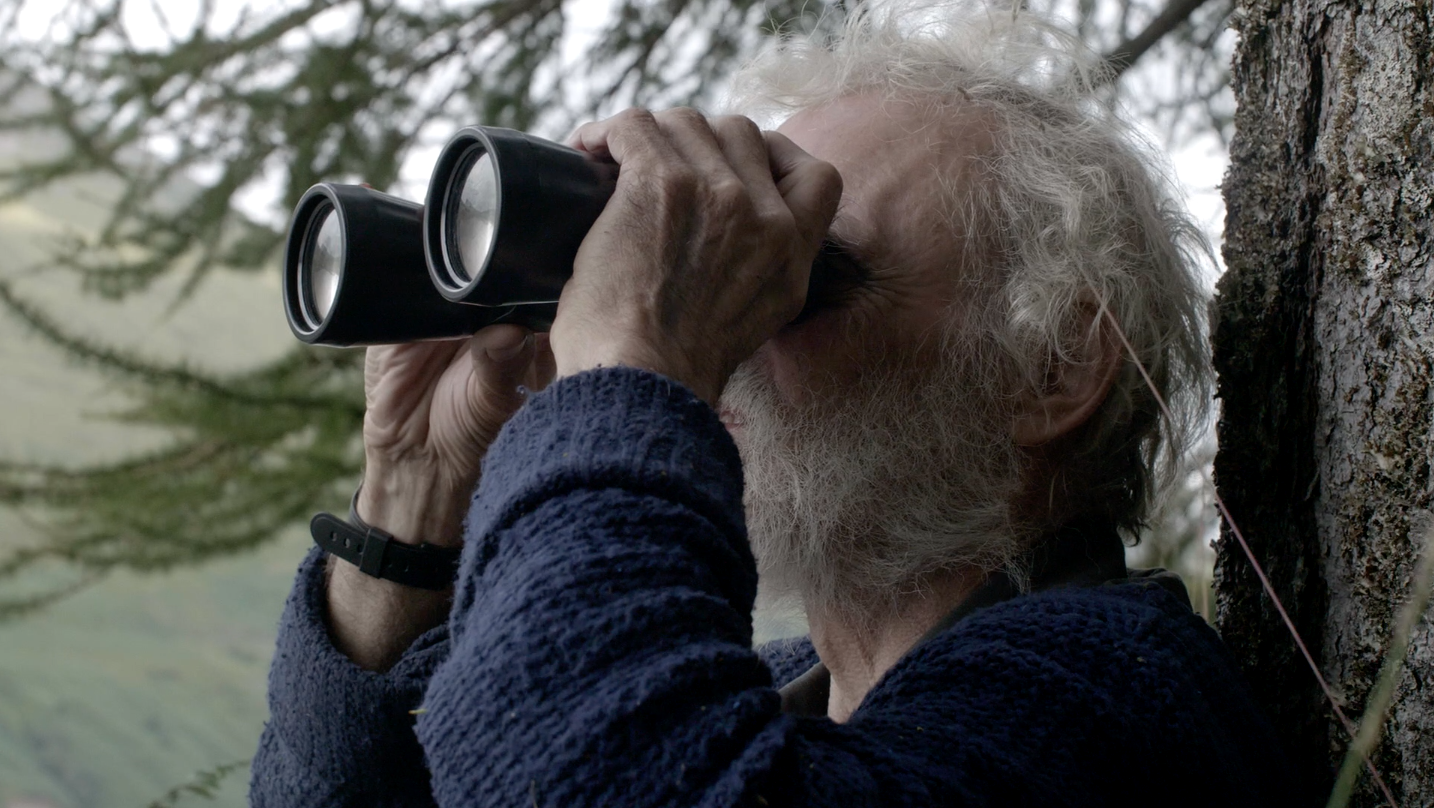 Life is a Musical follows the transformation into adolescence of a queer child in a small fishing village in the Canary Islands, overcoming bullying and grief by expressing himself through his own musicals and performances.

Directors: Patty Pajak and Karolina Pajak. Patty’s passion for humanity drove her to become a doctor and actress. She works with film, writing and mental health. Karolina’s passion for visual storytelling drives her in her work as a director and cinematographer for documentaries and fiction. The two sisters are based in Sweden.

Judge Oli Harbottle said: “Life is a Musical is a joyous look at a child in a small fishing village embracing his inner dancing queen and overcoming local prejudice with the support of a close-knit group of colourful characters. The project’s intimate access and original approach made it stand out as a film which could both engage and entertain a global audience.”

In September 2016, Susanna Cappellaro, an actress living in London, was told by her husband, Scott Cohen, that he was going to become a cyborg. Soon after this, she started filming his journey and the impact it was having on their relationship, all the while questioning technology, love and what it is to be human.

Directors: Claire Oakley and Susanna Cappellaro.
Claire Oakley is a self-taught writer and director with an MA in English Literature. Her award-winning short films have played at more than 50 festivals worldwide and her debut feature Make Up is currently in post-production.
Susanna Cappellaro is an Italian writer and actor based in London with a background in styling and music journalism. She appeared in films such as Berberian Sound Studio and In Fabric by Peter Strickland, Dark Shadows by Tim Burton and starring in Papagajka by Emma Rozanski, which premiered at SXSW in 2016.

Judge Jane Mote said: “This is an extraordinary story where the director has bravely put herself at the heart of the action using an iPhone to keep the intimacy of contact with the main subject – her husband. I genuinely don’t know which way this is going to go but it is on the edge of the sorts of choices that will face relationships of the future as technology starts to become quite literally hardwired into bodies.”

People’s Hospital tells the story of a female doctor from a small-town Chinese hospital, who is secretly contemplating quitting after devoting 27 years to saving lives. That doctor is the director’s mother. And the hospital is – in the director’s words – her childhood ‘daycare centre’. Armed with a camera, the director returns from the US to her home country of China to make sense of her mother’s career crisis, not expecting to encounter a fractured healthcare system and her own family’s battle with cancer.

Director: Siyi Chen is an emerging Chinese documentary filmmaker and journalist. She received a B.A. in World History and Foreign Languages from Peking University (Beijing) and a M.A. in News and Documentary from New York University.

Judge Lucila Moctezuma said: “People’s Hospital captivated us for the director’s ability to go from the very personal, as she explores her own relationship with her mother and to hospitals in China, to the broader issue of the evolution of the healthcare system in her country – with the added touch of a sense of humour.“

Two women in their seventies once shared the same husband. Now they must forget the past and work together to guard an empty, snowed-in Himalayan village for the whole winter.

Directors:
Rajan Kathet, graduate of DocNomads (2014-16), also a Berlinale Talents Alumnus 2017, is a Nepali filmmaker working in both fiction and documentary, whose recent fiction short Bare Trees In The Mist was screened at Toronto International Film Festival and Tampere Film Festival and has also been lined up for the screenings at other numerous film festivals.

Sunir Pandey is a student of Nepalese media, culture, and history.

Judge Patrick Hurley said: “I was utterly absorbed by the subjects of ‘No Winter Holidays’: two septuagenarian ‘sister-wives’ confronting the challenges of a harsh winter in a rural Nepalese valley. Rajan’s articulation of the vision and intention for the film is among the best I’ve encountered. Watch this space for what is set to be a sensitive, nuanced documentary about ageing and human relationships.”

When Rajan and Sunir heard they were finalists they responded: “What a news amidst all this craziness! Pheww! We thank you from our heart for trusting our project and encouraging us even more. We can’t wait to pitch our project in June.”

As South Sudan hangs in the balance of a tenuous peace agreement, Akuol’s mother, Nyandeng prepares to become one of the country’s five vice-presidents. Her mission is to safeguard her late husband, John Garang’s vision for South Sudan’s people, their country, and their family.

Director: Akuol de Mabior is a South Sudanese filmmaker who aims to create stories for the screen that facilitate African imaginations and encourage us to think differently about ourselves and our futures.

Judge Gary Kam said: “A daughter portrays her mother’s fight, as one of the vice presidents of South Sudan, to build the foundation of peace and prosperity in the post-civil war nation. With unprecedented access to the protagonist, Nyandeng provides an intimate insight into a politician’s love, hope and fear as a mother and politician who tries to complete the political legacy of her late husband.”

When Akuol heard she was a finalist she responded: “I’m laughing, crying, grateful, humbled, energised and can’t stop smiling.”

Farming opium poppies gave a lower-caste mother social status and the financial means to educate her son. Their loving relationship is tested when the son leads an activism campaign, which puts the mother’s opium farming license in trouble.

Director: Vivek Chaudhary is a filmmaker from Ahmedabad, India and has been working on documentary films for the last 7 years. His debut documentary, a mid-length documentary titled Goonga Pehelwan (The Mute Wrestler) won the National Film Award (India) for Best Debut Film in the year 2015.

The Whickers’ Editorial Consultant, Jane Mote said: “This is both an intimately told story of the strained relationship between an elderly mother and her son and one of global significance around the little known world of the legal opium trade. Set in the stunning backdrop of rural Rajasthan, India,  I,Poppy has the potential to challenge us all to think differently about farming, global economics and the effect of education on traditional lifestyles.”

Peruvian farmer Saúl Lliuya sues German giant RWE in a David and Goliath case. It’s an international story of climate justice that could change of the course of legal and financial history and with it, the world.

Director: Dan Faber is a Spanish-speaking documentary filmmaker based in London, with an MA in Ethnographic and Documentary Film from UCL. His short film following child footballers in Panama was broadcast on Channel 4 and distributed worldwide.

Judge Mandy Chang said: “There’s a lot at stake in this environmental David and Goliath story – where an indigenous Peruvian inhabitant takes on a big multinational energy corporation. Set in a stunning Peruvian landscape, the outcome of the impending court case could set a monumental precedent on environmental cases around the world. The director, Dan Faber has really thought about the drama of this unfolding story and that’s always a very good sign.”

When Dan heard he was a finalist he responded: “This is really exciting! We’re one step closer to being able to tell this story to the world.”

×
The Hermit of Treig | Lizzie MacKenzie

What causes a person to consider stepping away from society, to lead a life of isolation, far from the modern world? This is a tender and intimate film about an elderly hermit in the Highlands of Scotland who opens his life to director Lizzie MacKenzie, whilst he comes to terms with his increasingly frail body and questions whether he will be able to live out his last years in the wilderness he calls home.

Director: Lizzie MacKenzie is a self-shooting director who focuses on characters at the edge of society, who remind us of our place within the natural world.

Judge Oli Harbottle said: “At a time when we are all experiencing living in self-isolation, this is an irresistible look at someone who has chosen that very lifestyle for the past thirty years out of choice rather than necessity. Set against the stunning backdrop of the Scottish Highlands, the fact the director has spent seven years to win the trust of the film’s subject allows for what promises to be a truly tender and intimate portrait of someone living far away from the hectic nature of modern life.”

When Lizzie heard she was a finalist she responded: “Can’t wait to tell Ken… I’ll have to send a pigeon!”