We are very happy to announce this year’s finalists for The Whickers Film & TV Funding Award. They have been selected to pitch for a chance of winning £100,000 to direct their first feature length documentary film at Sheffield Doc/Fest on Sunday 26th June 2022. Click on the images below for further details on the five outstanding projects. 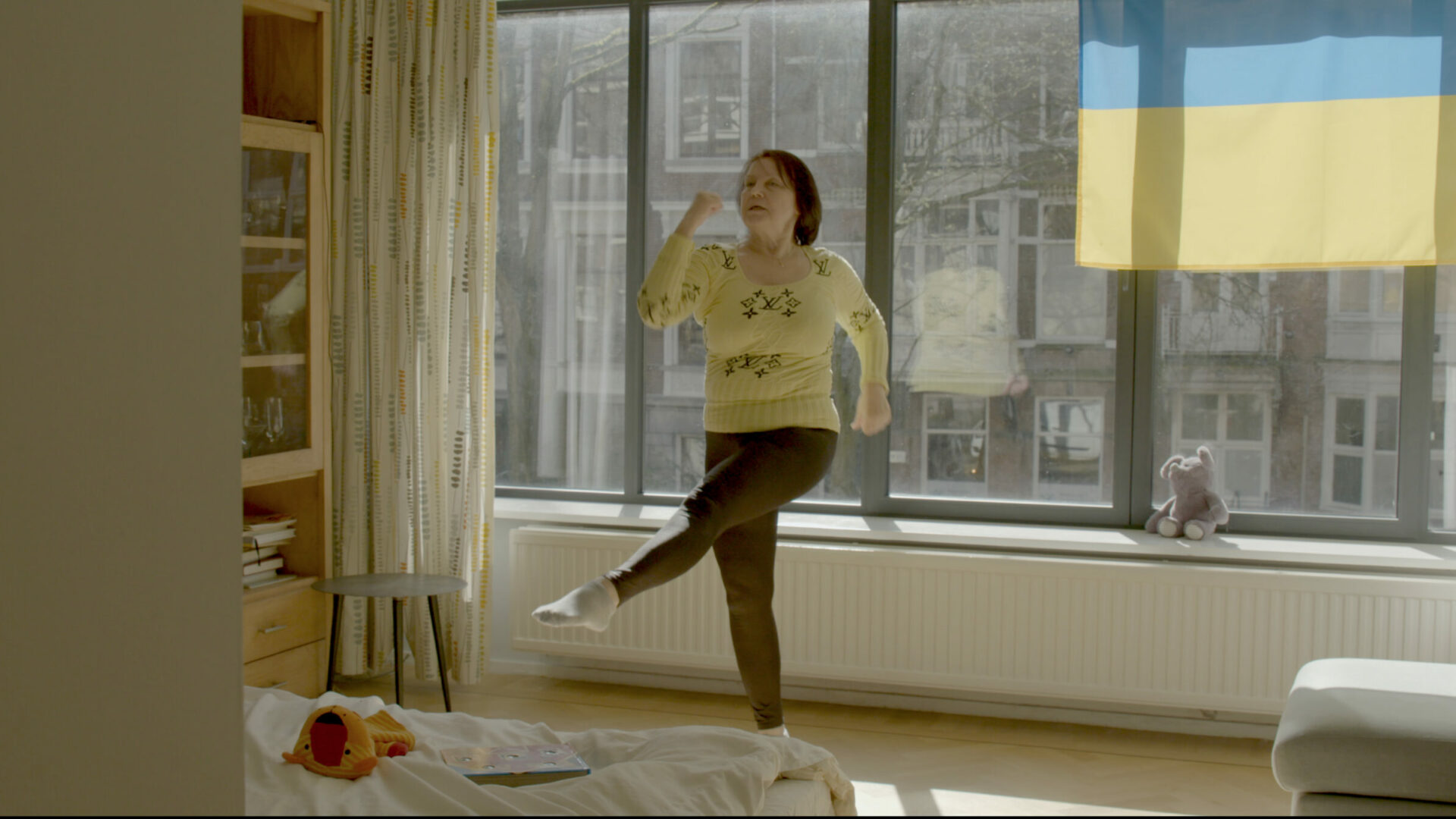 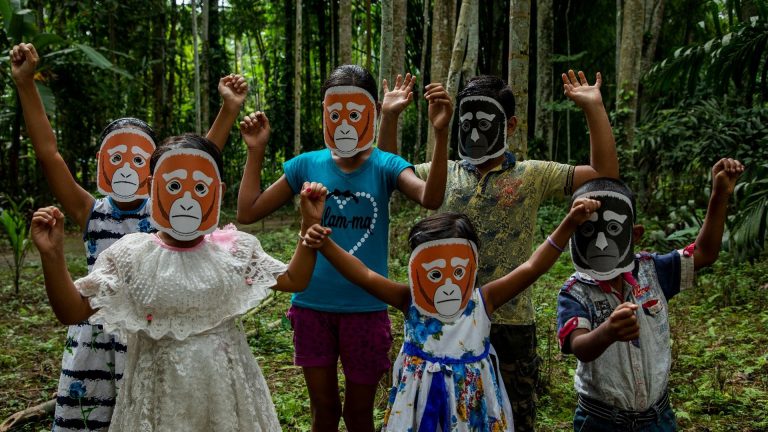 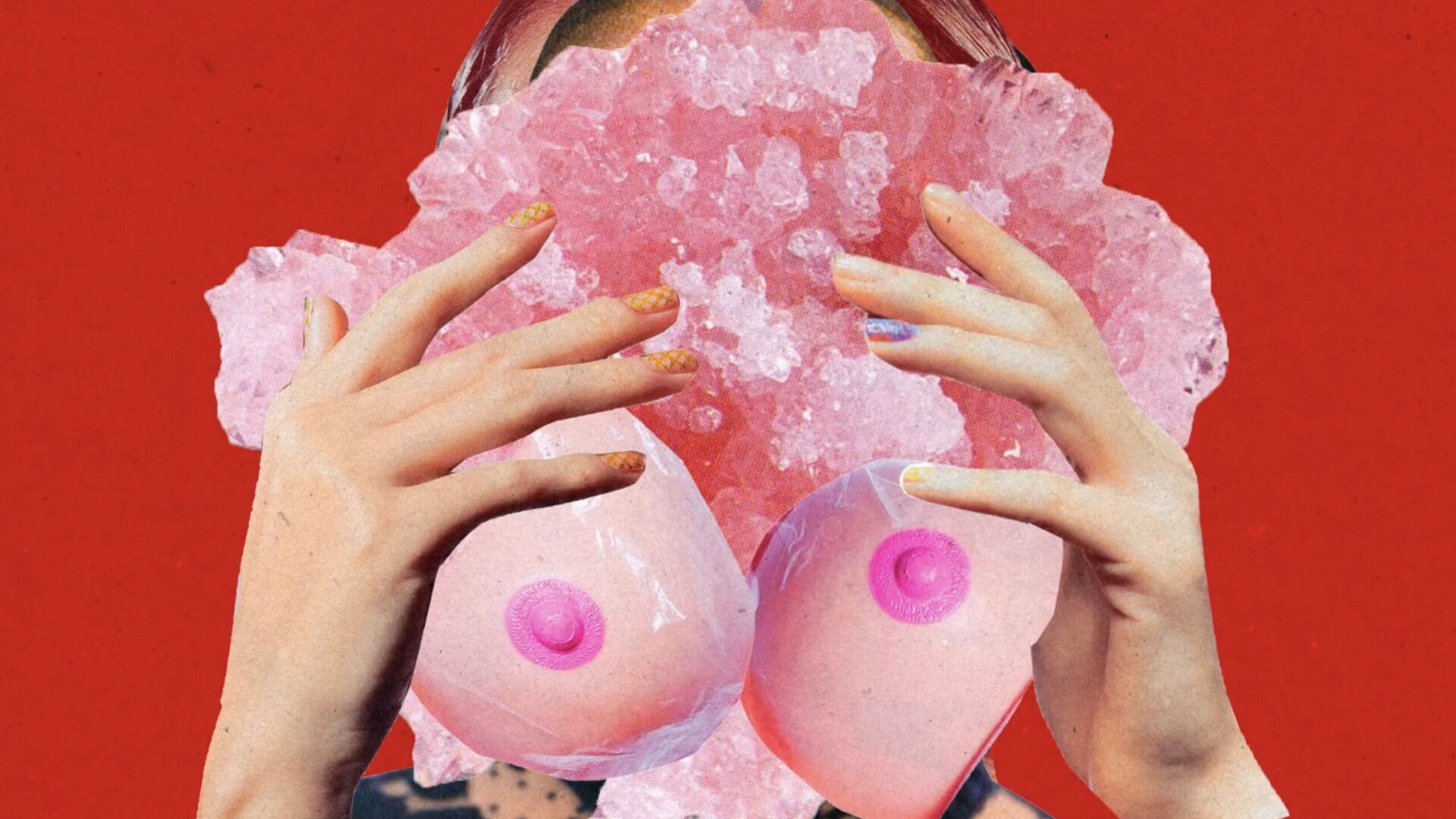 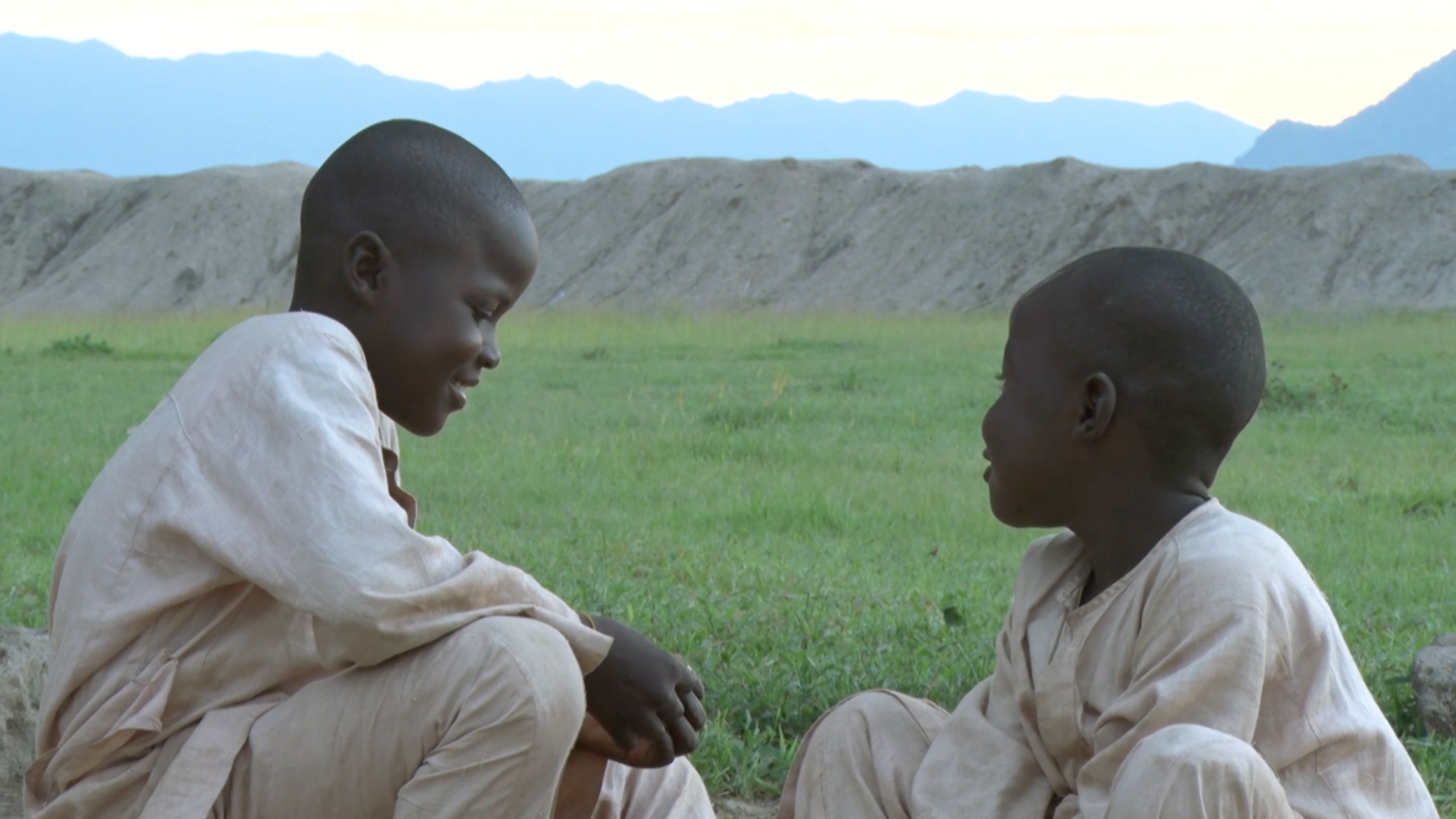 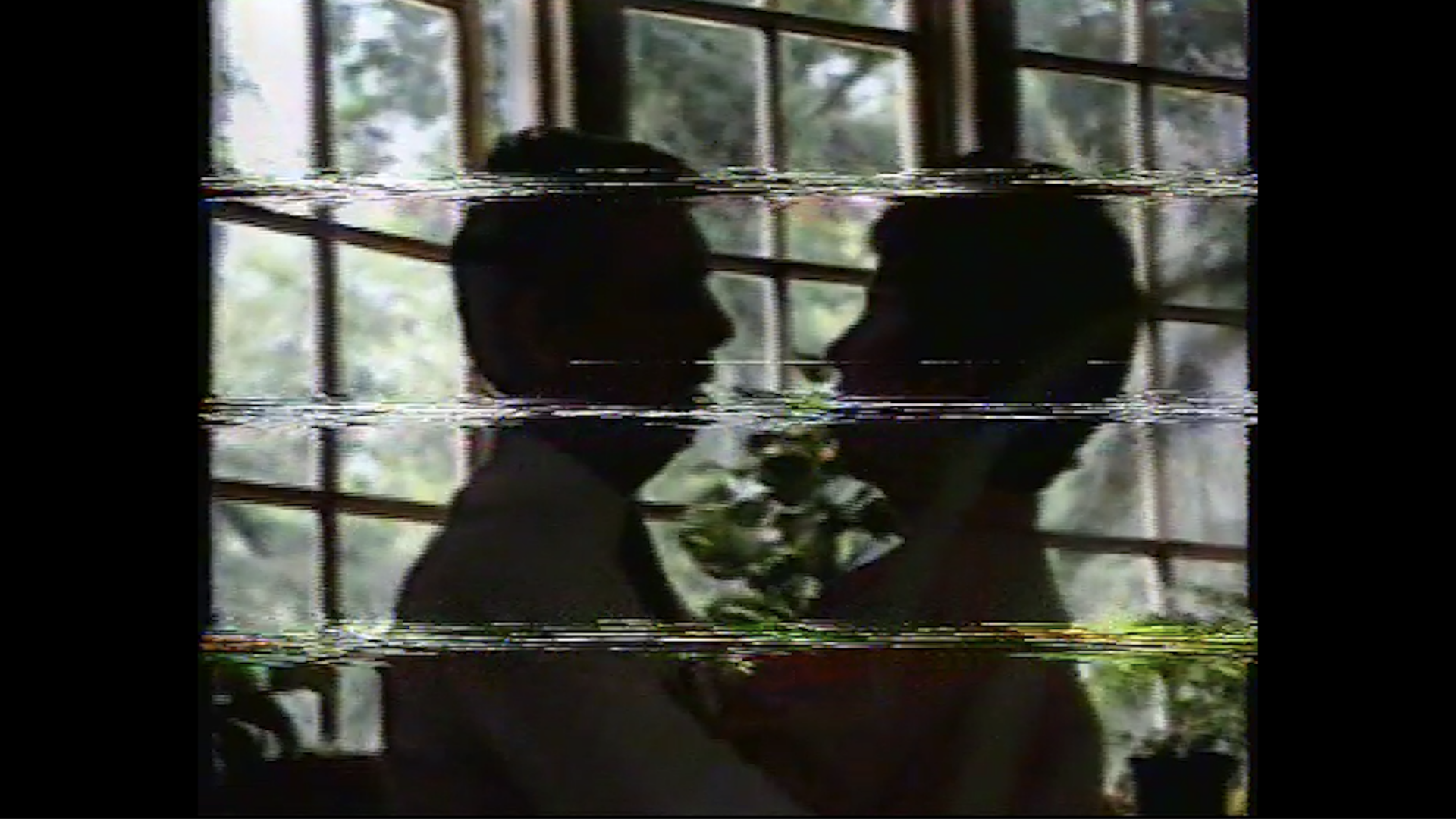 A team of vigorous elderly cheerleaders called ‘Nice Ladies’ from Kharkiv, Eastern Ukraine are preparing to compete in the European championship. Combatting social prejudices and self-doubt they are getting ready to contest their younger competitors in the only available ‘25+’ category. The brutal russian invasion of Ukraine disrupts their plans and the team integrity. Will cheerleading help them to power through the times of trauma and displacement?

Mariia Ponomarova (1991, Kyiv) is a Ukrainian film director, screenwriter and artistic researcher living and working in Amsterdam, The Netherlands.

When Mariia heard she was a finalist, she said: “Oh wow! This is just…amazing! I’m honestly speechless. Thank you for this opportunity especially in times like these. It’s an honour.”

Gary Kam, Oscar-Winning Producer and a member of our judging panel said: “With the Russian invasion of Ukraine, the elderly cheerleaders’ fight against prejudice and self-doubt takes an unexpected turn. The war changed everything. But, the director tenaciously rolls the camera to capture not only the amazing women’s spirit but also something no weapon can take away from them.”

A group of six children attend school in the small village of Kolofata, in the far North of Cameroon. They were victims of the Boko Haram terrorist group before being rescued by Mr Lamine, a teacher who is now trying to fast track their education so they can pick up on the life they’ve lost. The kids muck about, race donkeys, mould model tanks out of plasticine and talk amongst themselves about the horrors they have seen, with a chilling clear-sightedness. Meanwhile, armed militia continue to circle their village, ready to defend it from the next attack.

Cyrielle Raingou is a Cameroonian filmmaker passionate about the concept and development of a certain African cultural identity, its promotion on an international scale and the economic interest it raises. She holds Masters degree in Law and in Documentary Film Directing.

When Cyrielle heard she was a finalist, she said: “I’m speechless…this is a new day for me. I feel honoured and grateful to be part of The Whickers Finalists.”

Raul Niño Zambrano, Head of Film Programmes at Sheffield Doc/Fest and a member of our judging panel said: “We were very impressed with the idea of using magic realism on such a topic. We believe that the Director will take us on a very special journey to realise and feel the harm that the ‘ghost’ of Boko Haram is still doing in the region.”

Sidhanta, a fisherman in Assam, has been fighting to protect the Hoolock Gibbons, India’s fast-vanishing ape species, in his village. However, this endearing tale of human-animal coexistence is threatened when a nearby oilfield disrupts the delicate ecosystem and his relationship with the Hoolocks, who are dying at an alarming rate.

Ragini Nath is a documentary filmmaker from Northeast India whose work is a medley of visual imagery and reflective storytelling on resource politics and climate justice. Chinmoy Sonowal is a filmmaker exploring visual storytelling through creative documentaries, with a keen interest in the environment and wildlife.

When Ragini and Chimnoy heard they were finalist’s, they said: “When we opened the email, it took us a few seconds to register what just happened! We are so overwhelmed and honoured that our film is one of the finalists for The Whickers. This means so much to us and will be such an amazing platform to showcase our story from the corners of Northeast India.”

Jane Mote, Editorial Consultant at The Whickers and a member of our judging panel said: “This a film that has so much too offer – stunning scenery, natural history (with a rare colony of gibbons seen up close) and a community that celebrates the environmental riches surrounding them. But the realities of the outside world, and the choices that individuals have to make to balance their short-term needs with the longer-term needs of nature become the driving narrative that casts a shadow over the fragility of their lives. This is a relatable, accessible story told with wit and humanity, which is a mirror for us all.”

Grieving his parents’ untimely deaths, filmmaker Toby Bull digs up their diaries and home videos, discovering the abuse they faced as children – and their hopes of healing through a secretive psychotherapy movement called Re-Evaluation Counselling. Interviewing his parents’ surviving friends and undergoing RC therapy himself, Toby grapples with this controversial organisation, in the hope that it will help him to understand and overcome his own traumatic childhood.

Toby Bull is an award-winning English filmmaker whose films have screened internationally at festivals like Visions du Réel, Viennale, MoMI First Look, and Hamptons IFF, and who is currently making work about his parents’ untimely deaths and their participation in a secretive psychotherapy movement.

When Toby heard he was a finalist, he said: “Wow! I’ve been sitting with this story for many years so I’m extremely excited to be nominated for The Whickers and to receive such an amazing opportunity to start sharing this project with the wider world.”

Jo Lapping, Head of Factual Acquisitions at the BBC and a member of our judging panel said: “We were moved by the multiple layers of this personal story; the emotional twists and turns it offers along the way combined with the social history of a particular moment in time. We were also impressed by the Director’s written treatment which showed the potential for an insightful and compelling voice.”

Raised up as a tomboy during the conservative 1990s in China, Viv Li now lives in the progressive city of Berlin, and she couldn’t be more troubled by the pressure of sexual and gender exploration. Following her encounters and journey back to Beijing, the film takes a witty yet sharp look on how two polarised cultures and political systems are affecting the way we live, while providing a humorous dialogue between the two societies, and within Viv herself.

Viv Li, Chinese filmmaker. She likes to joke, but please take her seriously.

When Viv heard she was a finalist, she said: “This is one of the best news of 2022 so far! I am very overwhelmed to be one of the only five finalists. Sheffield, we are coming!”

Oli Harbottle, Head of Distribution and Acquisitions at Dogwoof and a member of our judging panel said: “We were all incredibly taken with ‘Two Mountains Weighing Down My Chest’, which offers a refreshingly light-hearted and idiosyncratic look at the complexity of cultural differences. Viv Li’s singular style and lightness of touch really shone through in her pitch materials.”