It’s safe to say that 2016 has thrown us more than a few curveballs. From Trump’s shock election to the death of much-loved actress Carrie Fisher, we’re keeping our fingers crossed that the new year will offer us a bit more sense and clarity. Pave the way 2017…

DocHouse is celebrating the New Year by screening six of the best documentaries of the last 12 months as part of their Best of 2016 strand. Between December 30th and January 5th, you’ll be able to catch a selection of great films including Louis Theroux’s My Scientology Movie, Gianfranco Rosi’s film Fire at Sea, about an island on the frontline of the European Migrant Crisis, and one of our own favourites of the year Weiner, a painfully funny film about disgraced congressman Anthony Weiner’s  campaign to become mayor of New York. Also showing will be Shadow World, The Pearl Button, and Amy Berg’s Janis, Little Blue Girl.

Ticket price: £9 per film (£7 concessions, £5 off peak), purchase on the DocHouse website

This collection of short documentaries is being screened as part of LSFF, examining three different ways in which men have dedicated their lives. In Dear Peter, filmmaker Scott Willis embarks on a journey to track down the owner of a large collection of handwritten postcards he found in a secondhand shop. Spanning over 70 years, the postcards paint a picture of a man named Peter, and Willis is determined to find out who this mysterious man is. A Second World follows the story of a Serbian man who, amidst crumbling and abandoned Yugoslavian war monuments, communicates with communist aliens. Located in a desert town once used as a film set for Hollywood Westerns, Pioneers follows the lives of the inhabitants of Pioneertown as they try to revive and re-live the dreams of the the original Pioneers of the West. The screening will be followed by a Q&A between the filmmakers and LSFF Documentary Programmer Jenny Horwell.

Filmmaker Isis Thompson gained universal acclaim in March 2015 when her documentary My Name is Isis aired on BBC Radio 4. A thoughtful insight in to the lives of those who share the name with the international terrorist group, and the way in which their lives have been impacted by its actions. As part of London Short Film Festival’s industry sessions, Isis will be unravelling the intricacies and challenges of documentary making. Using raw footage from her own work, the workshop will centre around shooting techniques, interviews and working with a Director of Photography.

Screening: Children on the Frontline: The Escape, London

This month Unicef’s Next Generation London bring an evening of Syrian film to Twitter HQ in London. In order to shed light on the ongoing conflict in Aleppo and beyond, a screening of new documentary Children on the Frontline: The Escape will be followed by a Q&A with award-winning director Marcel Mettelsiefen. Told predominantly by the children themselves, the film follows one Syrian family over three years as they flee Aleppo and begin new lives in Germany. Former BBC  Middle East Correspondent and Syria expert Marcel will be answering questions on his experience of the conflict and the issues that still need to be tackled. All donations will go towards Unicef’s relief work in Syria.

LDN’s January social will take place at DocHouse and includes a discounted screening of Shadow World. Featuring archive footage and experts interviews, the film examines the murky world of the global arms trade, and the relationships between governments, intelligence agencies and weapons manufacturers. The documentary reveals how bribery and corruption often determine nations’ foreign and economic policies, as well as how the demands of the arms trade drive global conflicts. In addition to discounted tickets, LDN have booked a spot at nearby bar The Marquis Cornwallis for post-screening drinks and chat.

LSFF: New Shorts: Docs – A Window on the World

As part of the London Short Film Festival, Picturehouse Central will be screening a selection of short documentary films on topics ranging from wrestling in Bolivia to cheese making in Russia. These 10 documentaries from across the globe offer a window on the world, giving LSFF audiences new insights and perspectives. Among the films being shown is Who the Hell is Satan about Iran’s first metal band with a female vocalist, the animated diary of a Syrian activist Life Inside Islamic State, and My Deadly Beautiful City about the arctic mining city of Norilsk, which is one of the most polluted in the world.

In our blogs we’ve spoken a lot about  Life, Animated, 2016’s smash hit Sundance award-winning documentary that changed the conversation on disability and film. If you’ve still not seen it, charities Contact a Family and Liberdade are joining forces with Dogwoof to bring this free screening to Newcastle Upon Tyne this January. The story of Owen Suskind, who as a child was unable to speak until his parents found a way to help him interact using Disney movies, the doc is a hopeful and touching portrayal of a family’s triumph over hardship. All donations will go towards the two charities to help empower and enabling people with disabilities.

An increasingly relevant documentary, The Making and Breaking of Europe focuses on the European project and the rise of the far-right in post-war Europe. This new Al Jazeera film follows the two contrasting timelines of European integration and far-right’s opposition to it, as well as what shifts led to the UK’s Brexit vote. The documentary examines the recent surge in support for right-wing populist parties across the Europe, and how far-right politics has crept into mainstream, setting agendas on the EU and immigration. The screening will be followed by a Q&A with series producer Sanjiev Johal and presenter Laurence Lee. 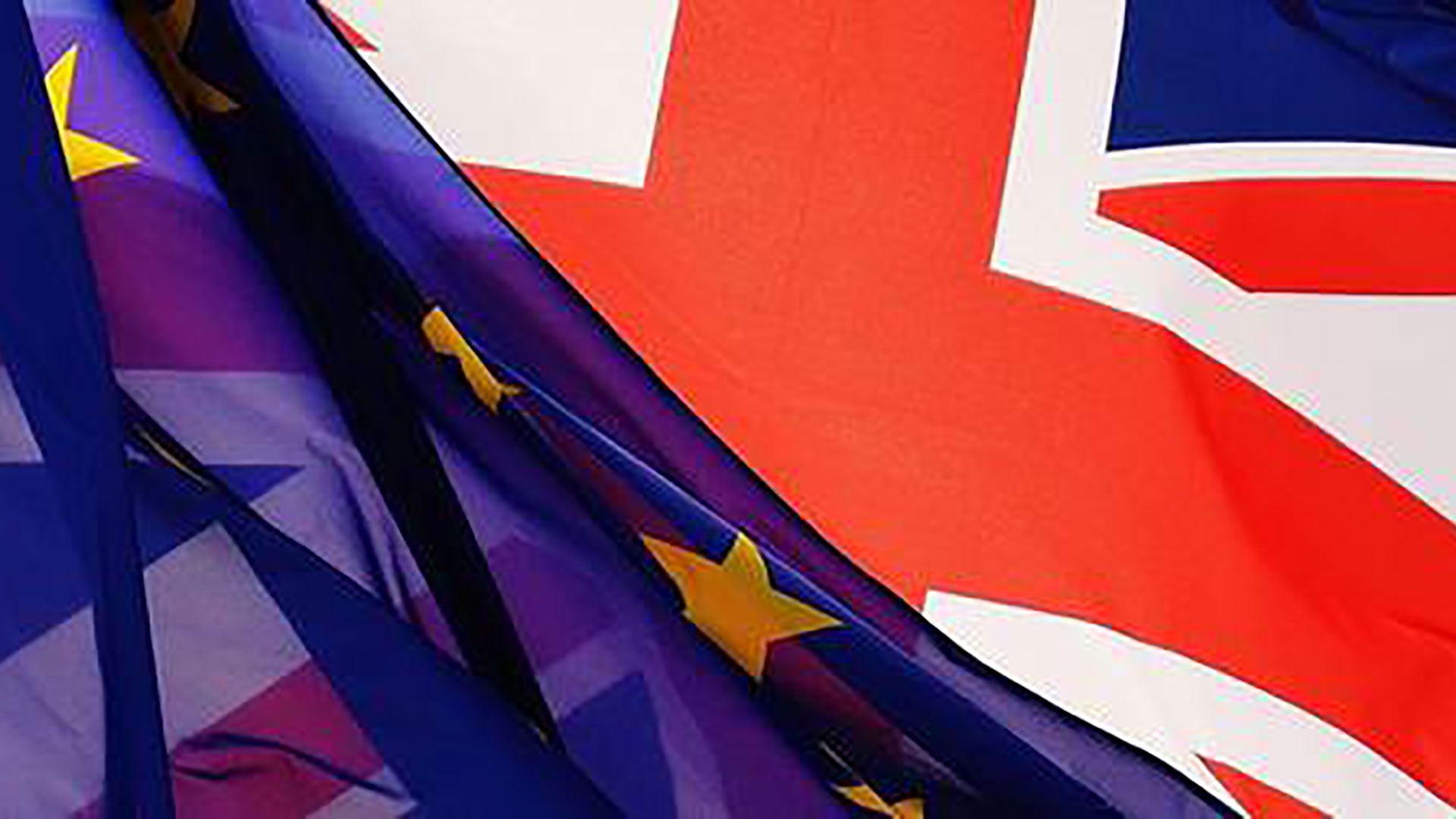 Despite the public’s growing awareness of mental health issues, psychosis, schizophrenia and personality disorders are still some of the most stigmatized conditions on the planet. Documentary Healing Voices  follows three characters Oryx, Jen and Dan, all of who’m hear voices in their head, and documents the ways in which they are working to win their battle with mental health. The screening is part of a wider programme of events called Hearing Voices: Suffering, Inspiration and the Everyday from Hearing the Voice at Durham University and Palace Green Library. The programme aims to shed light on voice-hearing and its historical significance throughout the ages, from mystics to best-selling writers.

Bertha Dochouse hosts yet another fantastic event this month with a screening of Claire Ferguson’s jarring feature Destination Unknown. The film tells the personal stories of a number of Holocaust survivors and follows the different journeys that they embarked on at the end of the War. While some refuse to speak of the trauma, others regularly visit concentration camps and describe their encounters with Nazi commandants and key figures such as Oscar Schindler. How do they live with the memory of their ordeals? The director will be answering all audience questions in a Q&A directly after the screening.

Screening: I Am Eleven, London

For most of us, being eleven years old is a distant memory. Yet as kids grow up in our increasingly complex and pressured world, Australian filmmaker Genevieve Bailey travelled the world for six years talking to 11-year-olds and finding out what it means to be a child in modern times. Exploring the lives of children from 15 countries, I Am Eleven follows kids from Japan to Morocco, finding out what makes them tick and the similarities that they share alongside their obvious discrepancies. The film covers topics from love to war and terrorism, promising to be an emotional and stirring screening taking place in East London this January.

How To Make A Film The Market Wants: With Samantha Horley, London

Want to know how to pitch to perfection, sell your film and grab your market in any film genre? No problem, as this month top film executive Samantha Horley will be sharing 20 years of industry knowledge with an audience in North London’s legendary theatre venue The Hen and Chickens. The one-day workshop will give a brief overview of international markets in all film genres and talk future directors and producers through worldwide distribution. Giving her honed insight in to the ideas that do and don’t work for the film market, this is a chance to gain an insider’s knowledge of film success.

LDN’s regular documentary competition is back! The first Doc in a Day of 2017 will be held in partnership with China Exchange UK to celebrate Chinese New Year, and once again will challenge participants to make a 1-6 minute documentary in 36 hours. After forming teams, participants will be given a one or two word theme at 11am on Saturday, before creating a film related to that word. The deadline for submissions is 11pm on Sunday. A follow-up screening of the films will take place in a venue in London’s Chinatown, and prizes awarded to winning competitors. The event is a great way to meet and work with other filmmakers, with people of all different skill levels and production/post-production backgrounds taking part.

Taking place from the 30th of January to the 2nd of February, Wolverhampton One World Film Festival is brought to you by the University of Wolverhampton’s Black and Minority Ethnic Staff Network alongside staff and students from across the university. Due to film licensing agreements the festival cannot announce the exact line-up, but promises both true and factual stories from Paris to Uganda with a special focus on LGBT lives across the world. What’s more? Attendance is absolutely free. For more information on the individual times and screenings simply email equality@wlv.ac.uk.

By Megan O’Hara and Robbie Pyburn